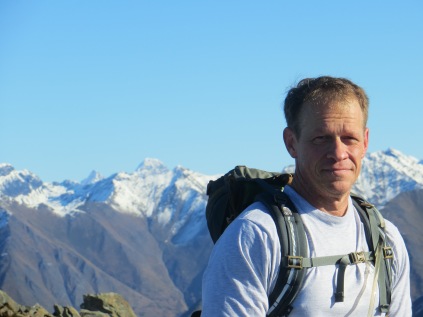 Hi, I’m Jay Pullins. My passion is to launch more great leaders. I want to see organizations go further faster by investing in their leaders, from first-time supervisors to senior executives, to public officials, to non-profit leaders. I make the tools the U.S. military uses to train some of the greatest leaders in the world accessible to leaders in all sectors.

I have been leading and developing leaders in a variety of settings for over 25 years. I have a diverse background as a military officer, an appointed public official, and Executive Pastor of Alaska’s largest church.

I’m the founder and owner of Catapult Leadership Solutions, providing expertise in developing the character and competency of leaders in all sectors.I’m also a licensed instructor and affiliate for Academy Leadership, LLC., a global team of leadership development professionals dedicated to results-driven leadership training. I’m also a Executive and Leadership Coach for Five Capitals.

I’m a 1989 graduate of the United States Air Force Academy. I led U.S. and multi-national teams for the U.S. Air Force, the North Atlantic Treaty Organization (NATO), NORAD, and the Alaska National Guard. I led combat crews as an Air Battle Manager in Operation DESERT STORM, the conflicts in Bosnia-Herzegovina and Kosovo, and counter-drug operations in Central and South America. I trained Air Battle Managers for the U.S. Air Force and NATO for many years. I retired as an Air Force Lieutenant Colonel in 2011.

I served as Chief of Staff to the Lieutenant Governor, then Special Assistant to the Governor of Alaska. I also served as Executive Pastor of ChangePoint church for five years. I have a Bachelor’s Degree in Political Science from the US Air Force Academy, and a Master’s Degree in Adult Education from the University of Oklahoma.

My wife, Sonia, and I live in Anchorage, Alaska, and have two grown sons, a daughter-in-law and a new grandson. My wife is an amazing artist and art teacher. You can learn more about her at www. soniasart.com. I’m also a life-long Star Wars fan and an avid backpacker. Sonia and I also run a vacation rental for Alaska visitors.